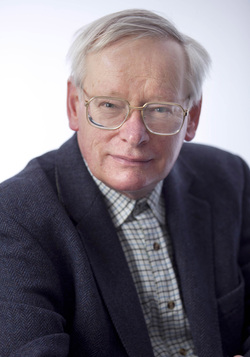 Hugh Oram is an author, journalist and broadcaster living and working in Dublin. His wife Bernadette is a published poet, in English, Irish and French, who previously worked for the Department of Foreign Affairs.

He has written many travel,historical and documentary books over the years, including for Appletree Press in Ireland and has contributed extensively to such international travel editions as Berlitz, Fodor's and Michelin. He has also written extensively about practically every department of France and many aspects of French life and has visited Paris on numerous occasions during the past 30 years. He has also broadcast on many diverse subjects during the same time, for RTÉ Radio 1 and has also contributed on occasion to the BBC in Belfast.

In addition to travel, history and documentary subjects, he has a keen interest in the progress of the media industry and has written and broadcast much on this subject. Apart from travel - and writing about it - he also enjoys classical music and has a keen interest in wine. A great believer in healthy living, he keeps fit through extensive walking.